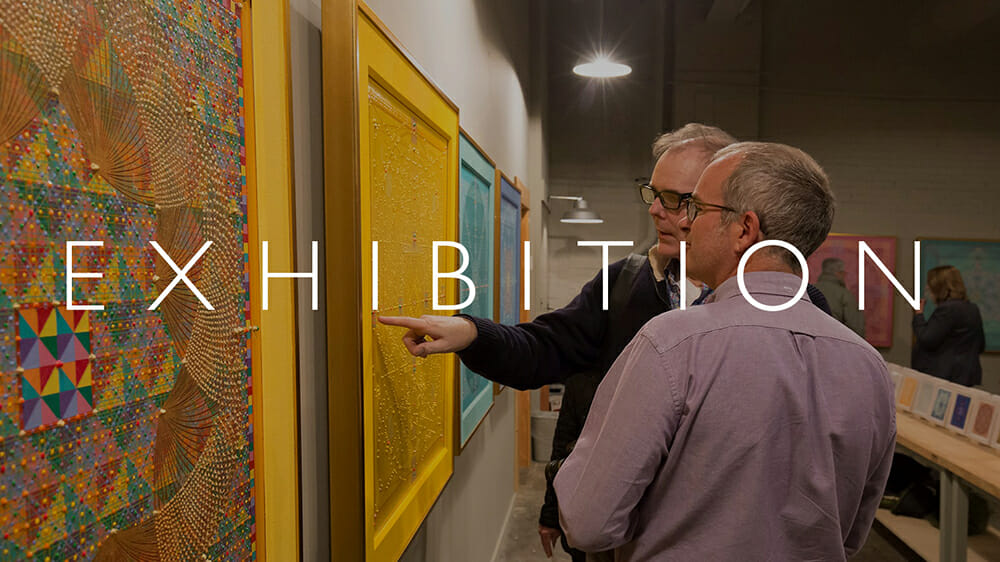 January 3, 2016 In Events By Lawrence Sheaff 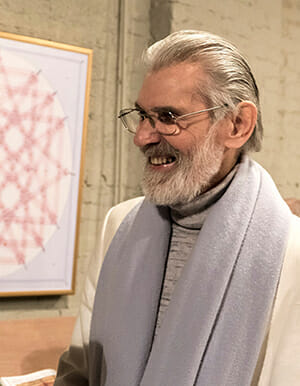 Lawrence has been involved in the visual arts all his life with his main focus on the discipline of painting. For the past five years he has been faculty at Maharishi University of Management. However, Lawrence’s interest in the relationship between art and consciousness began much earlier, when, in 1971 he was invited to work on the international level of Maharishi Mahesh Yogi’s Transcendental Meditation℠ movement.

His task was to establish and oversee a design and production team to create and disseminate all the educational materials produced by the worldwide movement. For twenty years therefore Lawrence was a direct witness to Maharishi’s full revival of ancient Vedic wisdom.

This research has been consolidated visually in his Absolute Image Series of Paintings (to be featured at the exhibition), and verbally in two books to be published early next year.

Poster and Flyer Design For the Show 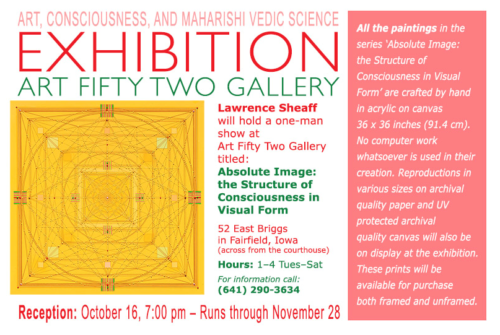 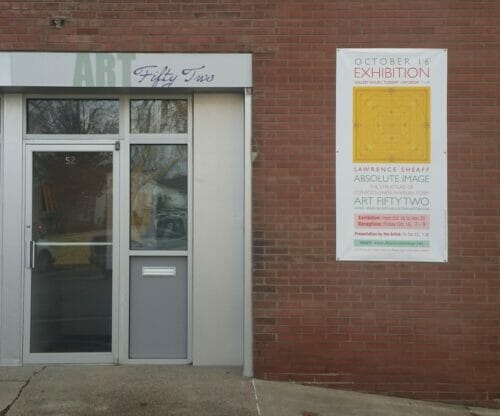 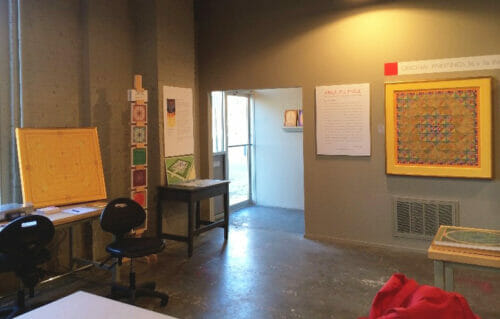 A Buzz of Interest Filled the
Gallery on the Opening Night 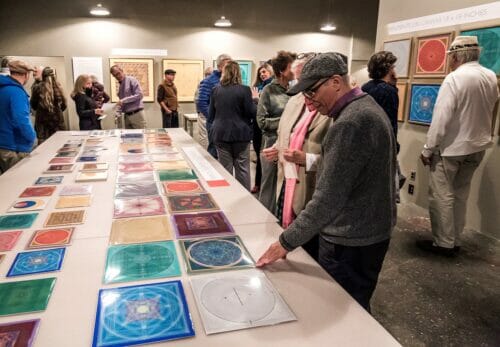 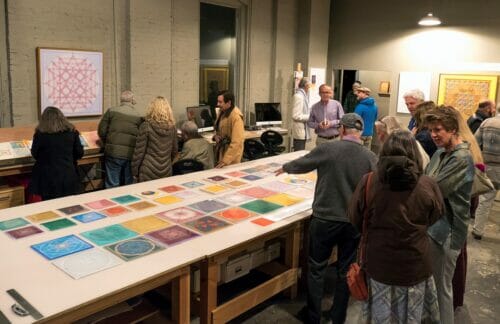 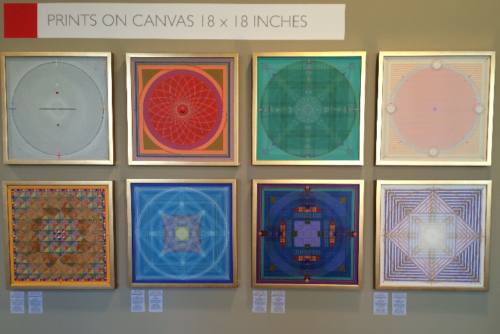 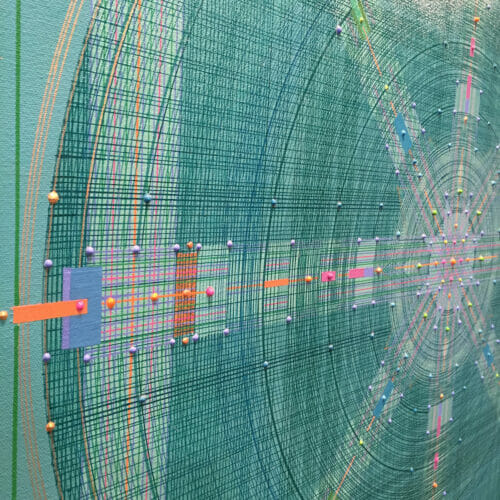 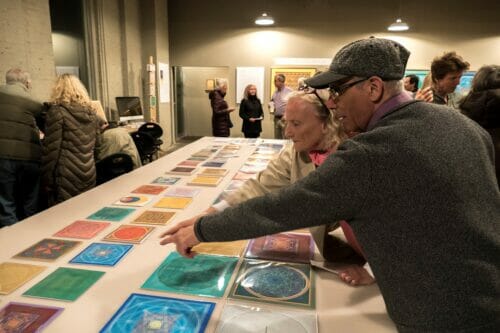 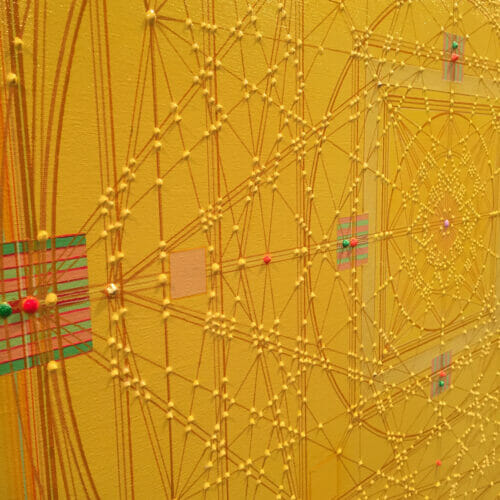 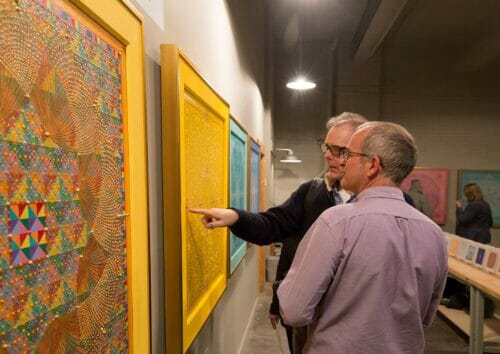 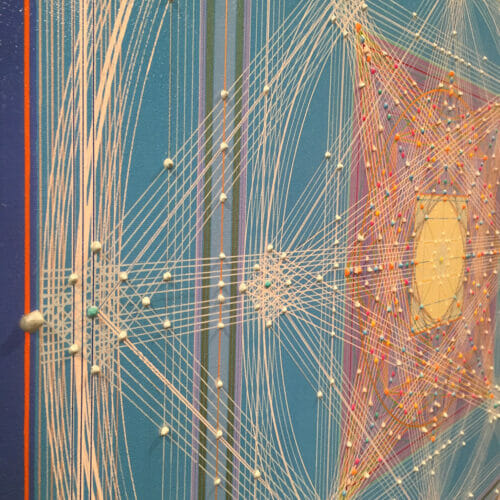 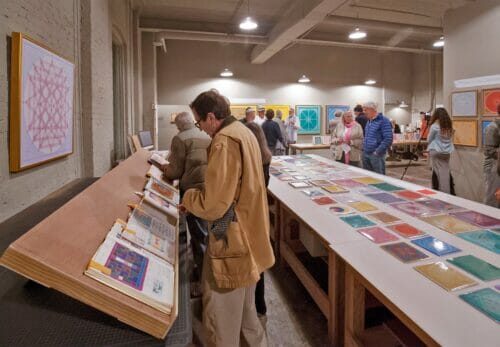 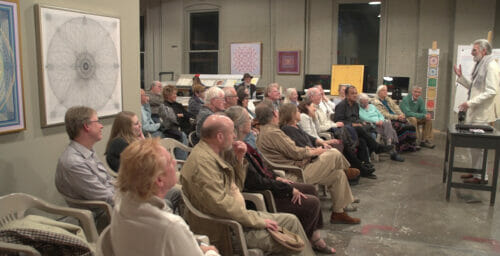 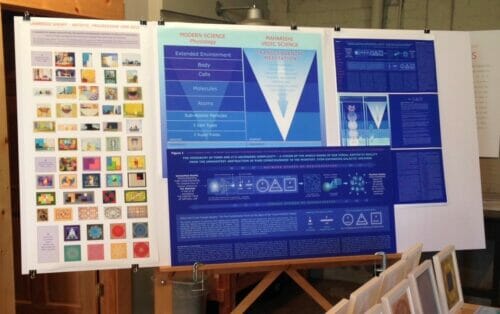 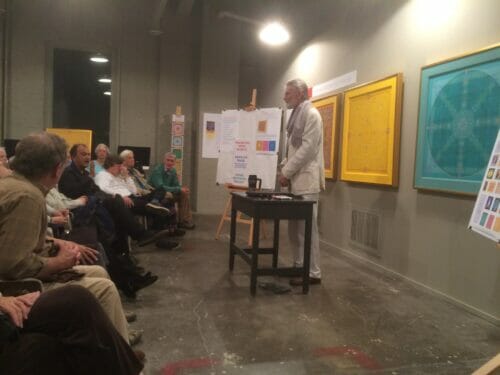 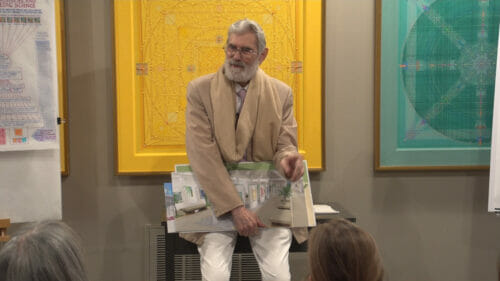 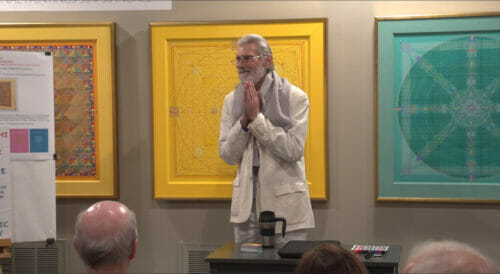 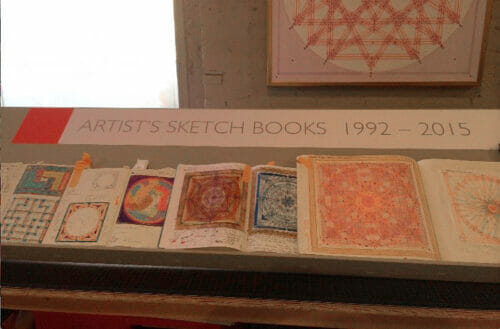 During the show, a set of the artist’s
personal sketchbooks were available
for anyone to turn the pages 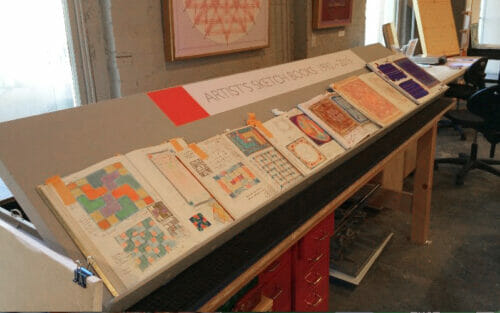