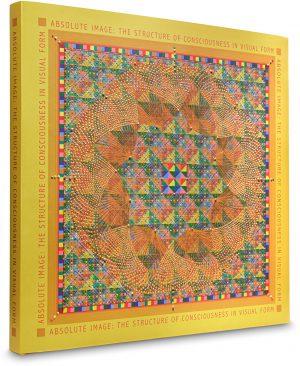 In the natural progression of my work it became clear to me that the training I had received from Maharishi in the role of design director for Maharishi’s worldwide Transcendental Meditation® organization should be put to a specific purpose. It became evident that I should place it in the service of the project that intrigued me the most – re-evaluating the whole of the visual arts in the light of Maharishi’s complete science of consciousness. I felt by doing this a new framework could be built for uncovering absolute values in the discipline and on a scientific basis.

I have tried to crystalise that endeavour in my own work as an artist both practically in the form of my Absolute Image Series of Paintings and theoretical by uncovering new principles at the foundation of the visual arts derived from analysing the structures and functions of these paintings in the light of MVS.

Sharing this work with a wider audience through the publication of the above book means that all credit could be placed at the door of Maharishi’s complete science of consciousness for any new foundational principles for the visual arts that may have been uncovered in my working process.

The subjective aspect of the re-evaluation of the visual arts in the light of consciousness is addressed in Part One of the book. Part Two deals with the objective aspect. Part Two puts forward a new, consciousness-based framework for re-structuring our visual aesthetic reality in absolute terms.

As is made clear, to facilitate the predominantly objective approach in Part Two, any references made therein to the Absolute Image Series of Paintings are themselves strictly objective. In that context the paintings are not presented as definitively absolute in themselves. As indicated, they are predominantly used as a concrete reference point for discussing abstract principle. As also mentioned, the sole purpose of referencing them is to help establish the ‘ground state’ of the discipline – this means, ‘Absolute Image’ as a precept that lies at the foundation of our visual aesthetic reality.

All the proposed new foundational principles for the visual arts brought forward in the book are described and offered, as it were, in the spirit of a scientific paper – a scientific paper presented by an individual for critical review. Thus I have tried to define these new principles – again, principles brought to light by the application of MVS to the visual arts – in a way that allows them to be freely engaged with both artistically and scientifically and assessed on their own level of merit.

I should emphasise again that whatever my own personal understanding may be regarding the status of my series of paintings reproduced in the book, this personal subjective relationship is not an active feature in the objective discussion in Part Two.

Exploring the personal subjective factor is naturally essential to the discussion because the arts are predominantly concerned with our inner subjective sensations.

Traditionally – and we could even say in terms of Vedic knowledge itself – the role of the arts is to make manifest to outer sensory perception our inherent sense of beauty and order so we may collectively rejoice in it and thereby magnify those values throughout society. This means giving holistic, aesthetic, concrete expression to the inner sense of beauty and order which, as MVS reveals, is forever present, hidden deep within the inner Self of everyone and everything

Bringing beauty and order to all aspects of our physical, man-made environment will help enliven those values in the culture as a whole and will be powerfully instrumental in maintaining them over time. This will increase the qualities of harmony and grace in all our interactions both socially among ourselves, and in relation to our immediate and extended physical environment. As is discussed in the book, ‘harmony and grace in thought and action’ in MVS terminology, means thought and action spontaneously in tune with the evolutionary power of total natural law.

Obviously, it requires an individual practicing painter to make manifest these cosmic powers of order and harmony in the visual arts. In the same way, the theoretical aspect of the discussion needs to be addressed by someone who has been deeply immersed in the practical aspect of the artistic medium for a long period of time.

Only with this could both the practical and theoretical aspects of the discipline be fully and authentically addressed and coherently integrated together. It was necessary to satisfy both heart and mind to make this reconstruction of the visual arts complete.

To achieve this it was necessary in my book to engage with and deeply explore the theoretical principles underlying the discipline. This was in order to satisfy the mind or the intellect. To satisfy the heart or the emotional or feeling levels of life it was necessary to create a holistic aesthetic experience that demonstrated those abstract principles in a practical concrete form – as attempted in the Absolute Image series of Paintings.